The Reflections will be based on the Advent Book:

The Meaning is in the Waiting, By Paula Gooder.

10am: Morning Prayer with reflection.

If you wish you can bring a simple lunch to eat in the patio room.

All worship and reflections will be in the Lady Chapel.

We sincerely hope that you can join us at this year’s Christmas Fair. There will be the usual range of stalls and good food at reasonable prices, and the chance for children to meet Father Christmas. This year we are particularly excited that the young magician, Eddie Farmer, will be joining us and performing live magic throughout the fair! 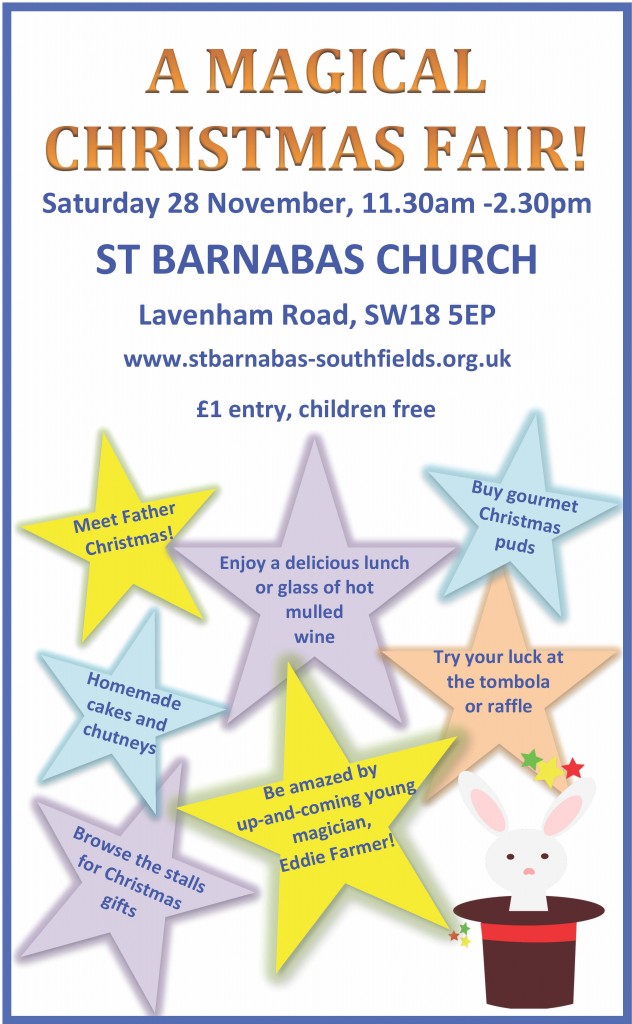 It’s Christmas Fair time again! As with last year, profits will be going into our fundraising appeal coffers to improve our church buildings. This year we have the excitement of a young MAGICIAN, who will be performing at intervals throughout the event, plus, as always, delicious lunches provided by Ali / Sarah and the team.

Find out more about how you can help on the day.

‘I am Music, who in sweet accents can calm each troubled heart, and now with noble anger, now with love, can kindle the most frigid minds’

So wrote Alessandro Striggio in his libretto to Monteverdi’s Orfeo, the Prologue of which begins this concert. Spanish and Latin American music, including Piazzolla’s stirring Libertango and folk songs are juxtaposed with Bach’s sublime Adagio from the Concerto for Oboe and Violin and other music of the 17th and 18th centuries. Poet Peter Brennan reads from his own work and that of other poets who contemplate the guises in which music calls out to all of us.

The concert will be followed by a glass of wine. Admission at the door £10, concessions £8.

Please join us this Saturday for Messy Church. All are welcome, and it is an opportunity for people of all ages to worship together. 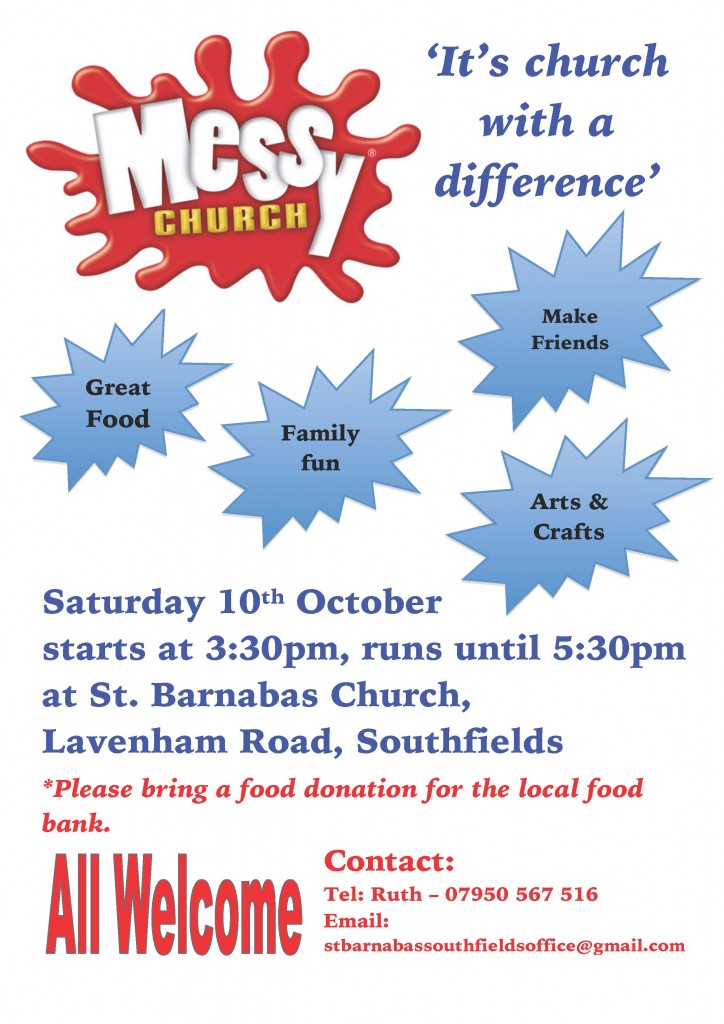 Back by popular demand, the 2nd Southfields Harvest is on Saturday 26th Sept from 12.00-3.00. Venue: St Barnabas Church, Lavenham Rd SW18. You can sample locally brewed beer from the Rocky Head Brewery, bring your apples to be juiced by Abundance Southfields, buy produce grown on local allotments, meet friends and neighbours over a sizzling Southfields sausage or tea and home-made cake. There’s also crafts for kids, baking and preserving competitions and hopefully some live music (if you are part of an acoustic music group and might be interested in playing, do get in touch). Free entry and any profits will go to local charities. Visit southfieldsharvest.weebly.com for more information.

St Barnabas Southfields is an Eco Church in the liberal catholic tradition.Welcoming, inclusive and engaged in the community.Vicar and tweeter Ian Tattum.

Interesting tool & #Southfields #Grid
is at highest end re risk of
extreme heat.

One cooler area is around
@stbarnabasUK

On Sunday 7th August there will only be one service.
Morning Prayer with hymns at 10.30.

I am preaching about Olaudah Equiano tomorrow

Today in 1833 William Wilberforce died shortly after the abolition of slavery in the British Empire. The church commemorates him & anti-slavery campaigners, Olaudah Equiano & Thomas Clarkson. We give thanks for their work & pray for those fighting the evils of slavery and racism.

Our halls are open for hire.

We are delighted to be welcoming back regular group activities, both for children and for adults.

As of April 23, 2022, we will have limited availability for party hire.  For the time being, we are prioritizing users who live in the parish of St Barnabas or are church members, as we want to support our local community as we come out of Covid restrictions.  Click here for details.

We run the halls as part of our commitment to the community.  Although they raise revenue for us, they are not profit making, so we ask all hirers to respect them and look after them so that they can be enjoyed by local residents for many years to come.

NB: all hall names are merely working titles, and all prices are open to revision!